July 31, 2019
The Tarahumaran/Raramuri runners of northern Mexico have an exalted ultra reputation. Their legendary running skills have cyclically transfixed ultras here in the USA going back to the early nineties. Coming out of deep, remote canyons in Chihuahua, the optics were magnetic. What gets lost in the media pixie dust is that they are desperately poor, sustaining themselves in a harsh landscape, and beset by loggers, narcos, and an indifferent ruling class and government. Starvation is a constant threat, now exacerbated by global warming climate change.

McDougall’s “Born To Run” book is often cited as a primary source on the Raramuri. Last time it was mentioned by an aggrieved SJW who was newly woke on ultras, I nearly shot coffee out my nose. Wikipedia can be like that. But McDougall’s done well with it, bullshitting TED talks in Davos etc. I get it, writing doesn’t pay much, and Davos can be fun.

The Raramuri have been in several Little Brown Indian Traveling Circuses on the US ultra circuit for decades. All to the usual Rousseauian Unspoiled Native tropes.

I first saw Raramuri in 1986, at the Aztlan 10k in East LA. This event was delightfully low-keyed, starting and ending at Roosevelt or Garfield HS [I forget which]. Finish line was a neighborhood affair, with abuelitas handing you sliced oranges. It had none of the Westside Kashi & yogurt pretentiousness.

Several came from up Chihuahua, with their Jesuit padre. He was as tanned, leathery and whiskered as they get. After they won the 10k, kicking the hand-carved wooden ball on asphalt, they were busy fucking around on the football field, kicking the ball while smoking cigarettes. If Philip Morris had only known.

In 1993 Victoriano Churro, 55, a completely unknown Raramuri, won the Leadville 100. In sandals. Ultra’s mind blown. Then there’s the detail about he’d asked if he could keep a length of chain that was being tossed at the dump, so he could take it home for his mules. RDs Ken Chlouber and Merilee Maupin said "yeah, sure."

I was still wheezing my way up to Hope Pass to the 50-mile turnaround, when I saw Juan Herrera chasing Ann Trason down the inbound side of Hope Pass. Watching the two of them fly was breathtaking.

Herrera caught Trason between Turquoise and May Queen, mile 84 or so.

Their relationship was tense. When both were in Leadville training before the race, the Raramuri guys made it pretty clear that men didn’t cook or do dishes. Strictly women’s work. Trason screwed the pooch when she’s on camera at Fish Hatchery [25mi] taunting Herrera with “what’s it like to be passed by a woman?”

That was a startling moment in the CBS “Eye On Sports” documentary that aired in the fall. Also noteworthy were Bill Rodger's informed commentary, absent of the usual bullshit.

In 1996 it was Rick Fisher as the Little Brown Indian Roadshow ringmaster at AC100. He’d pissed off Hal Winton with his entourage, drums and the attendant noise. Fisher tried to bluff and bully his way past, but Hal stood fast.

The Raramuri had this reputation as supermen. Some are, some aren't. I passed one sad guy in El Prieto, several miles from the finish, feet like hamburger. Kitty Fisher was standing over him with a flashlight looking at the mess. I was on my way to my first sub-24hr buckle, and kept right on moving.

At the awards ceremony they were all up front on the dais facing the crowd. Fisher made a bullshit apology. The white people sat on their hands. The Raramuri noticed. When they got back to Copper Cyn Fisher and wife Kitty were asked to leave.

Gonzalez was paced by Alfred Solish, from Chantry Flats [75mi] to the finish.
As Bruce Hoff told me: “Al told a great story about his experience. He said Cirildo was completely relaxed and steady, jogging rhythmically in his huaraches (to a 19 hour finish!). They went up Winter Creek, the huaraches going fwup, fwup, fwup, unhurried, and then down to Idlehour, fwup, fwup, fwup, relaxed. Al would pull out a powerbar and ask, "Quiere chocolate?", to get a reply, "No, ahorita." The guy was totally chill through the 100 mile distance.”

That year I captained the Idle Hour Aid Station. Sometime after the race I met Juan Herrera. He and others were staying in Santa Ana with local Mexicans. He looked like he had regular meals. In conversation he told me that Fisher withheld money from them etc. I asked him what he thought of Nikes, as he was wearing a pair. He smiled and said they were really nice.

In 1998 several Raramuri dropped at Idle Hour. Maybe these were the scrubs. They looked pretty old.

The last time I saw the Raramuri was at Lou Escobar’s Born To Run multi-event Dorkapalooza in 2016. It had started in 2011 as a low-key small-attendance event that referenced Micah True, and the Copper Canyon experience. Following True's death in 2012, it grew larger every year, with True's memory and legacy fading. Now I consider it a drunken hippie hookup scene, with some running if you’re interested. Not my jam, but whatever.

There were stern advisories from Escobar on Thursday and Friday about how the Raramuri were real private, don’t approach them etc. OK, all very mystical and so on. They were stoic during the Friday beer-mile, and all the attendant shenanigans.

That Saturday night, more than a few of them were happily getting shit-faced with very curious willowy girls, and they were enjoying themselves mightily. Don’t recall any Raramuri women in that group, and their minder was keeping a sharp eye on the money from sales of handicrafts.

If Carhartt Made Wedding Dresses… 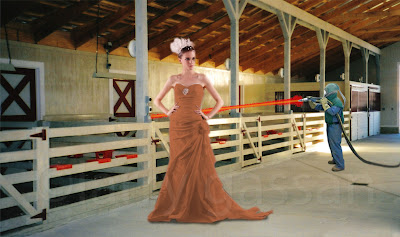 "La Paloma de Alba" This lovely two-piece bib overall mermaid gown has delicate, feminine details throughout. From the hand-beaded, antique-finish nickel hardware brooch detail on the sweetheart bodice, to the cascading rose at the hip, it is a gorgeous dress for the modern bride. Field-Tested, multiple tool and utility pockets. Faux-braided ribbon closure at back; breakaway honeymoon closure on side. Made of 11.75-ounce, 100% denim cotton, with triple-stitched main seams, satin-polyester facings and taffeta trim material. Also available in Nomex®™.﻿ Shown in Sandstone. Available in Moss, Dark Green and Enhanced Black.
Read more 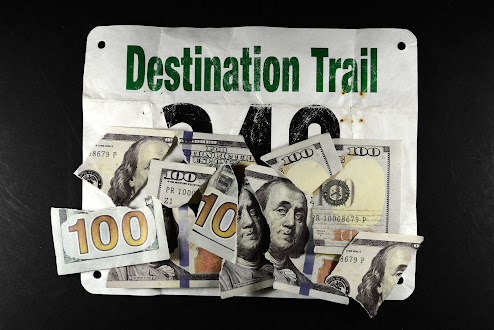 Candice Burt is building Destination Trail as an elite brand, positioning herself as the lifestyle avatar of that identity. In April 2021, she swore off Facebook and Twitter, because “she didn’t want to be on the menu.” I think she cited the male gaze on this. A month later she reversed course, and now Facebook, Insta and Twitter were her, all the time. Its A Material World The media landscape has been transformed. What were once vices are now habits. Insta and TikTok enable a performative intimacy that might not have happened earlier.  We’ve seen this before. House Kardashian: where Kim transitioned from Paris Hilton’s Closet-Keeper to a freestanding multi-billion dollar brand family. These ranked charts show where Candice Burt & Destination Trail figure in the landscape. CB/DT has a stronger Insta presence, and short-memory visuals drive impulse buying.  Weird Science. Obviously Kim K will probably never run an ultra, but she’s here to show top-end. Other notable ultra-entities
Read more 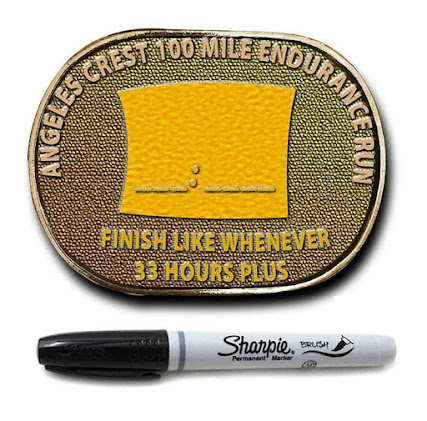 its Notional Recent AC100 rumors suggest that 2022 33-36hr finishers will not get a buckle.  Behold the 2022 Buckle, which was orignally presented to the 2016  deserving DFL Post-Cutoff Finisher [Unofficial]. This proposed buckle is now the Second Life as the Avatar of the New Out-N-Back Urge Version of the venerable AC100.  Because everybody deserves performance. This may come as a shock to a generation that has gotten used to 50k buckles, and may be an especially tough burn for those lucky enough to have brought *two* shitloads of dimes to the Mt Baden-Powell Toll Booth. Yes, that’s Elder Times Humor. You’ll adjust. I’m sure it’s nothing Grindr can’t fix. However, Mr Trail Safety has a solution. “Idiot child, must I tell you everything?” Sorry, that was a past-life memory working in an ad/design shop on Robertson Blvd in the early 1980s. Because Bobcat Fire. However, there exists a true image of one "Marco", who brought a PNFT [Physical NFT, before they were a thing], to
Read more