Why You Didn't Get To Join 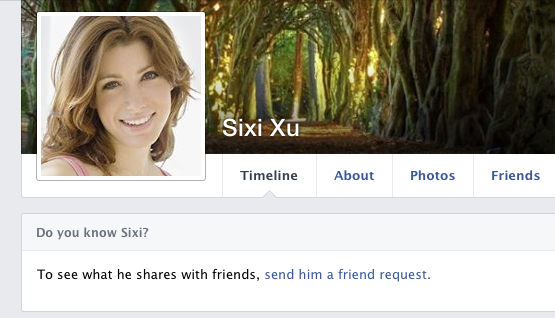 A typical bogus candidate profile. [revised Jan 30, 2015] When I first wrote this, I was coming to grips with the staggering number of fake profiles in Facebook Landia applying to the ultrarunning Facebook group. Note lower-case U. Since this, I've become ruthless in dealing with this problem. My first line of inquiry into an ultra-candidate is UltraSignUp.com, a great bullshit detector. And if there's any further doubt, I'll look on RealEndurance.com . Here's the current ABOUT. It's edited down from the original, and still nobody reads it. Too bad. This non-commercial site is about ultrarunning only. This growing group of informed ultrarunners is an excellent knowledge base. Please share your ultrarunning stories, adventures, goals, race reports, and questions. Nothing focuses the mind like a cut-off. Everyone here has passed that simple test. 1] MEMBERSHIP REQUIREMENTS, in effect since April 2013 verified completion of at least one [1] 50k via Ult
2 comments
Read more 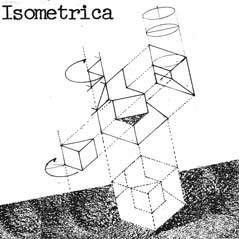 Home-brew dub cassette art, 1990. July 16 is the late Deirdre's O'Donoghue's birthday. Deirdre hosted "SNAP" (an acronym for "Saturday Night Avante Pop") aired three nights a week on KCRW out of Santa Monica College, in Santa Monica, CA. This is my unabashed fanboy eulogy. Out of my own selfish memories of her, I revere Deirdre O'Donoghue's amazing forays and discoveries, I re-educated myself. No longer were the blighted wastelands of KROQ and Phil Collins to determine my landmarks. Yes, I date myself. But holy fuck-fire of art! Did not Deirdre bring amazing music to the ears of those who'd learned that she was passionate and engaged about what she played? And yes, I wasn't ready, but who is? Because if you're pushing, its always out past the comfort zone? Here's a short list of what she played: The Finn Brothers with their glorious a-capella rendering of "Throw Your Arms Around You" Mary Margaret O'Hara
3 comments
Read more 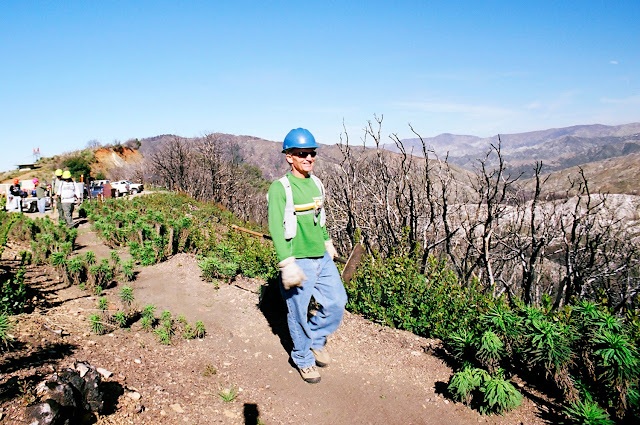 AC100 Trail volunteers, between Charlton Flats and Shortcut Saddle in the burned-over Angeles Crest  of the San Gabriel Mountains. The Purple Poodle-Dog Bush has started to come in— the creepy sage/reefer-like bushes in bright green. April 16, 2011. While in the San Gabriels, you will, sooner or later, encounter  Poison Oak  and  Purple Poodle Dog Bush ( PPDB) .  I've been friends with poison oak for over 30 years.    PPDB  re-appeared after the 2009 Station Fire. I'd never seen it before. The PPDB lies dormant for years, until fire conditions burn off chaparral and manzanita. It then reappears, First it looks like a cross between marijuana and sage with oily lime-green leaves. As it grows, it sends up a stalk that can top out at 9' high. Watch out for the pretty purple flowers, which look like lupine, but stink like natural gas or decay.  Do not touch . When the flowers die off in late spring, the stalks have dried fibers on them, which will fuck you up, just l
Post a Comment
Read more
More posts