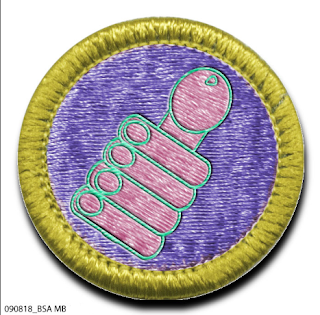 Get a grip, and give yourself a hand! August 18, 2009 The Boy Scouts Of America National Council voted this week to retroactively issue 50,000,000 Onanism Merit Badges to all surviving Boy Scouts who had been members from 1910 through 2008. The vote passed 69-12, as the council members squinted through thick glasses and raised hirsute hands. Reaction at the announcement was swift. Social conservatives were enraged, with Bill O'Reilly and Sean Hannity decrying the move as "weakening the moral fabric", and "a stain on the nation's honor". Ann Coulter flippantly suggested that the Boy Scouts were "Taliban Butt-boys", while Sarah Palin suggested that the Boy Scouts had "given in to terrorists". Lou Dobbs intoned that his sources definitively pinpointed the origins to southern Mexico, in any era. Rush Limbaugh was conspicuously silent, having never been in the Boy Scouts. Liberals took a different tack, suggesting in large part &q
Post a Comment
Read more
More posts