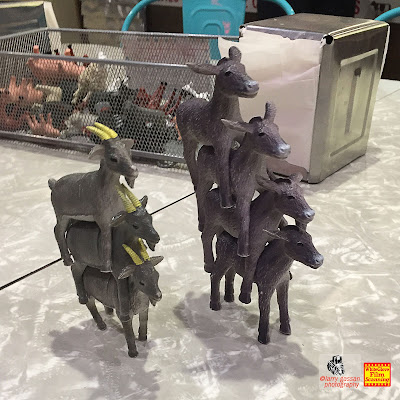 The Legit Solo Runner in its purest form is almost a unicorn. I know several of you—and I respect it. My first two hundreds were pacer-less. I got thru Angeles Crest in '91, and Wasatch '92 without a pacer. I had a crew in '91, no crew in '92. But crews and pacers can be fun, if you're willing to be responsible. More on that here . I hear distant “Chariots of Fire” trumpets.  The Solo Runner heroically running the 100 all by themselves—without an entourage, posse, or circus caravan.  The Solo Runner idea was to encourage or goose signups in the Lottery Age we now live in. It's obvious that this can be gamed by  clever people, with few penalties.  However rules are mysteriously bent when celebrity or a course-record might be involved. Take the doddering AC100 for instance. RD Ken Hamada was trying to get less cars up on Highway 2, because each runner had 14 friends with 2 cars each, creating traffic and confusion. So the answer there is to only let in pe
Post a Comment
Read more
More posts