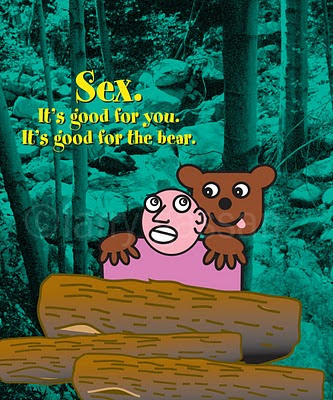 M ike S* has stated a pressing concern: People, people, people -- we've mentioned many ultra dangers today, but have (perhaps purposely) ignored the most serious of all: low sperm count. Men -- it's unspoken presence surely torments us all. If I understand correctly, after finishing Bull Run, I was probably only half the man I used to be. Is that right? Mr Trail Safety will now present some straight facts regarding Low Sperm Count: Mike, give yourself a hand and rest easy. A lo-elevation 50 like BRR will not deplete your precious bodily fluids to that "red-line" state. With sufficient rehydration and optimal visual/tactile stimuli, you will maintain a sufficently fresh genetic inventory. Truth be told, the little wigglers will be a more virile and vigourous crop than what you produced in your sedimentary former lives. You're likely to produce more hale and hearty offspring with monster quads now than you were before. Consider this to be pre-natal conditi
Post a Comment
Read more
More posts