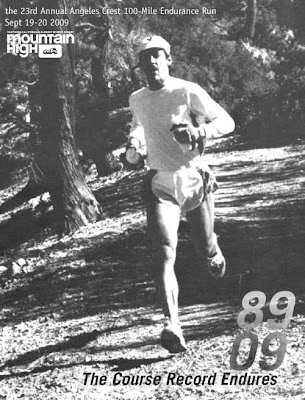 Jim O'Brien setting the course record in 1989. This iconic photo was taken by Stan Wagon, then editor of UltraRunning Magazine. We once asked Jim O'Brien if he'd ever bonked on an Angeles Crest training run. He said "on every section". GEAR FETISHES The current gear-item to have right now is a bladder-pack. Originally designed by and for guys-n-gals who were running long distances in very hot places like Arizona, Utah and so on, where there was no water for big miles. Look at what Jim is carrying. Nothing except for 2 small bottles. Doesn't that tell you something? He's a racer, not a freight-hauler. [Just a thought for all the racers out there humping along in their multi-pounded vests with the petri-dish bladders...] Training is one thing. Race day is another. People get used to carrying all that stuff. I remember Jimmy saying on each stage "carry only what you need". I know that on my first AC, my fannypack wa
Post a Comment
Read more
More posts