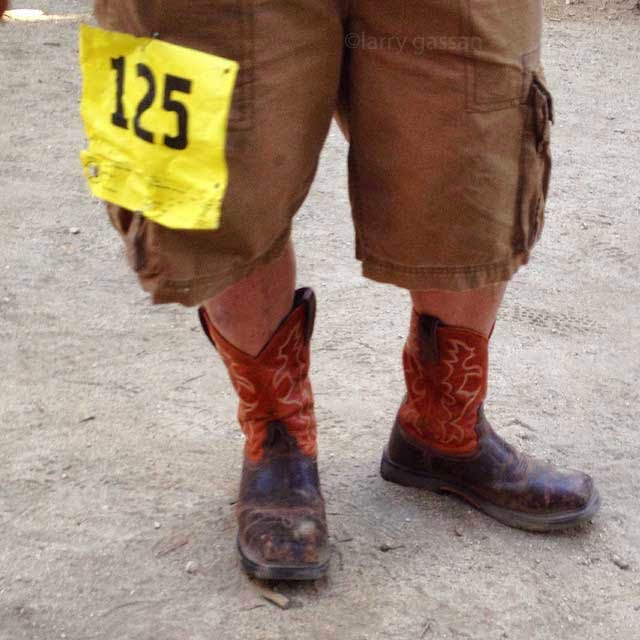 My sub-optimal 2015 Leona Divide 50 performance began with staying at a Motel 666 with hot-&-cold running hookers. The other was having half of my life collapse on my head a month earlier. I got both before charring the gnar, and hurting the vert.

The 0130 booming wakeup of “When Doves Cry” is a surefire performance-enhancement. Didn't fully hear the Barry White deep sub-bass later, but I'm sure it did its job. All this was covered in the Brecht-Weill operetta "Eine Kleinischen Fückshackke" of 1928, starring Ethyl Murmanskaya, but you weren't paying attention that day in class.
Pre-Race and Scenic CommentsThe Race Start was delayed while some guy droned on into a mike, probably being paid by the word. Meantime I got to check out all the current ultra-talent that was going to do better than me. Some bettie was all kitted out in a Spiderman gimp-suit, with holes in all the right places. And we were off.