The Once And Future Baldy Peaks 50k 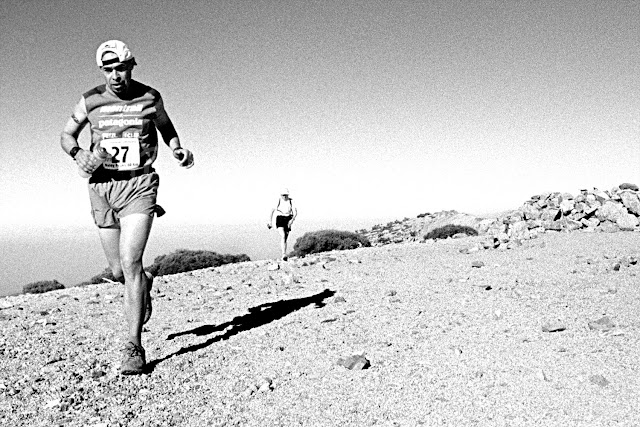 Luis Escobar getting his sponsored-ass kicked on the first pass over Baldy, 2004. One more to go. In 2012 he repaid the debt by calling me "the worst SOB RD anywhere" when I crossed the BTR50k finish line . He learned well. Relevant Race History: 1988-2004 "A mildly disturbing event with a cult-like atmosphere" —Craig Holloway Originated by John Davis , with his sons Ken and Stan. With the artistry, precision and eye to maximal sensory overload that can only come from the mind of an aerospace engineer (John) and a classically-trained musician (Ken) the race was born. Stan provided SysOps support. J oe Franko adds that "Actually, as I recall, the credit should go to John's son Ken, who laid out the course as part of a college project at Cal Poly, Pomona. We were students together then. He was an undergraduate in mathematics and I a graduate student."  So who said that science, math and pain
1 comment
Read more
More posts