The Lie Stripped Bare, And Her Bachelor Even 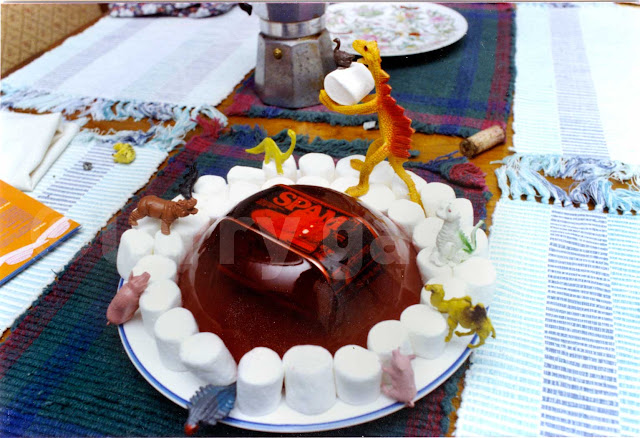 Yes, this is Christmas, but it adequately conveys the pathos of the time. (I'm going to give trails and running a break. Check this nugget from 1989. I remember giving up a decent run for it. Maybe it was worth it, after all). In spring 1989 I got dragged to an Est-seminar by my then-girlfriend, who was big on sincere self-help stuff. Her best friend E. was there, and she's a pleasant personality. There are other hilarious details in this grotesque breakfast clusterfuck that occurred at the Beverly Hills Hotel, but they'll have to wait for another time. The featured attraction to this soggy fuckery was a couple who were pimping their self-help book, something titled "Marriage Work Out" or similar. He was a tall, angular, pleat-fronted, smartass New York Jew. She was a curvy blonde All-American cheerleader betty—blonde, blue eyed, shiksa to the core. So this intellectual jackass stood up on the platform, jingling the change in his pockets, telling us
Post a Comment
Read more
More posts