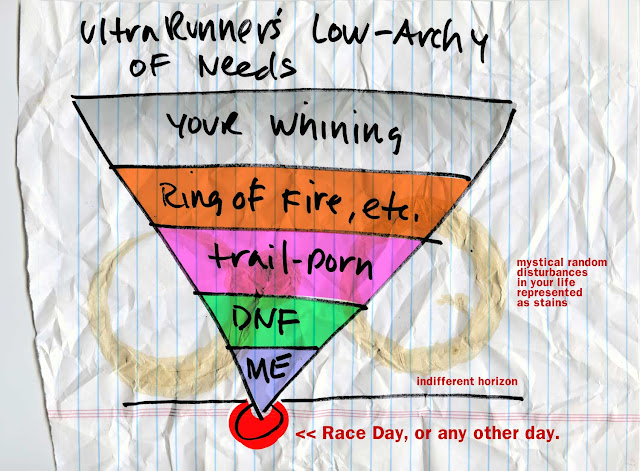 The Ultrarunner's Low-Archy of Needs The UltraRunner's Low-Archy of Needs was first proposed in 1994 during the D&L Colloquiums which have been studying what motivates brain-dead trail runners. Further research and study [Bingo:1997] suggested that esoteric stimuli-respond cues played a large part in cortical devolution. Further insights on the nature of sonic dissonance/interpretations of Antonio Carlos Jobim's "Girl From Ipanema [Fopak:1999] were seminal in the pursuit of relativity, and shit. Mapping this conceptual terrain had defied space, time and logic. It "must've gotten lost, somewhere down the line", but was recovered, not just waiting for the end of the world.
Post a Comment
Read more
More posts