Showing posts from September 3, 2017
Show all 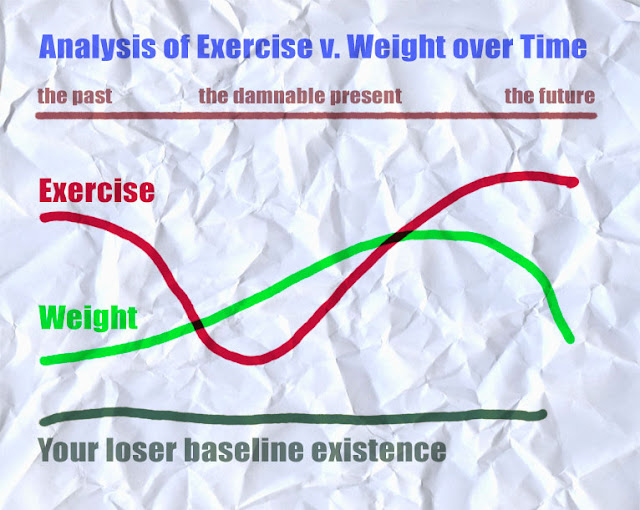 You're screwed. Your pants are shrinking. Give thanks to gay whales, global warming, and probable damnation. The answers from experts are too long, complicated, and involve cultic references to crypto-chemistry. I'll make it easy for you. Study this diagram. It's clear and pure as the driven slush. Have a blessed day!
Post a Comment
Read more 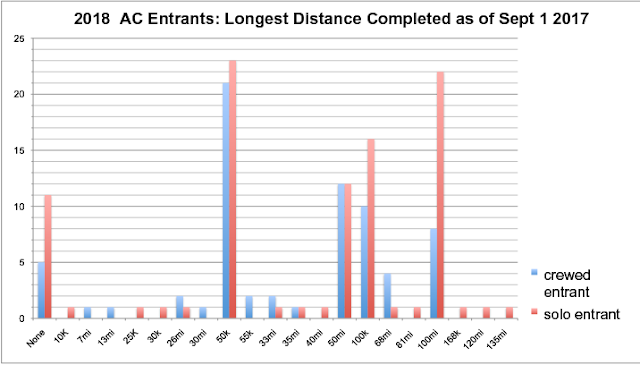 Angeles Crest 100 opens its panic-Goober Gold Rush entry process the day after the race ends. A week later, after a cryptic “lottery,” the next year's entrants are announced. They now have a year to get their one 50-mile qualifying race done, just like in 1986. The First-time Entrants With Zero Prior Finishes compose the overwhelming majority of the field: 177 with 83 all other prior finishers. I began to wonder what are their immediate qualifications? It runs the gamut from names like Jim Walmsley [WS100] and Darcy Piceu [Hardrock 100, Bigfoot 120], to the entrant with the one recorded 7mi finish. Also noted that there were a startling number of half- and full Ironman finishers. I didn't include these finishes, because at best its a marathon. I expect yelps on that too.  The stats showed that: 22% have no ultra experience whatsoever at signup, only 14% have completed a 50-miler. Entrants in the None category might not have any qualifiers; or the data may be absent,
3 comments
Read more
More posts