Showing posts from February 3, 2019
Show all 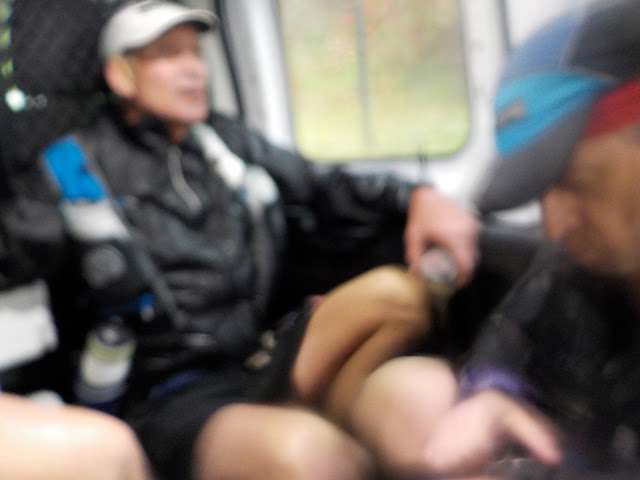 This is what a deluged SOB50k looks like when you're pulled. Of course if you were faster you missed out on this. A massive winter storm front rolled in on the rescheduled Sean O'Brien 50, and hit it squarely in the face. In the Pacific Northwest that's an average day, but here in SoCal its a shocker.  The race was torched out of its original Malibu locale by the Woolsey Fire. Now it got drenched in its Verdugo Mountains relocation. It couldn't catch a break this year. The original field of 250 was 93 DNS—for many runners driving from outlying areas probably bagged it on justified fears of highway closures.  I was looking for a sub cutoff 50k finish, but didn't get it. The race was called shortly after noon as local mudslides and washouts prompted the Verdugo Mtn park authorities to call the race, the end. Those of us out there when it was called were credited with a 30k finish . Wet-Look Fashion Victims At the starting line from my jaundiced per
Post a Comment
Read more
More posts