Showing posts from June, 1999
Show all 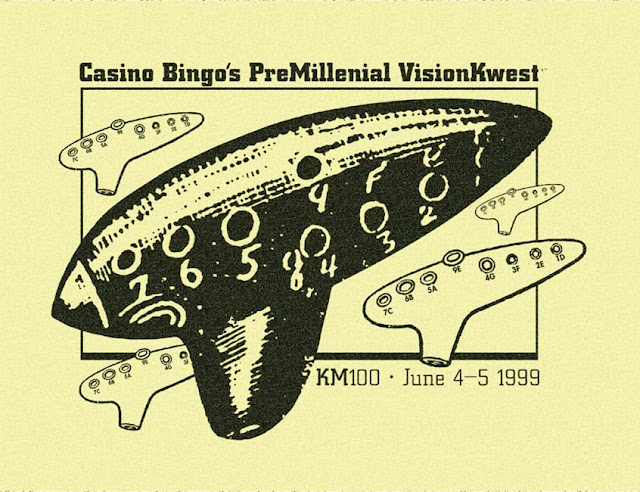 Note: Some of the original recipients made some suggestions and I felt that theUltraList in All It's Glory might benefit. Then again, maybe not. This is aFull-Spectrum Data Dump, so plan accordingly.

Yes. The title is a come-on and a cheap shill.

For this is really the story of one Andy Roth, who in the shape and form of VisionKwest Seeker "Casino Bingo", came to terms with Truth, Adventure, Manliness and Blood-Suckin' Freaks of Nature known as mosquitos. The wise man wonders why mosquitos don't pick on large and immobile pumpkins or zucchinis. That will be answered later.

The Normal Ultra-Narrative commences here with the following incantations:

When I arrived at [race] I met [folks]. I ate the big pasta dinner at [locale]. I got up the next morning and took a good long [euphemism].

The race began. Things were looking pretty good. My splits were pretty near the [lotto numbers] I had planned. At about mile [tbd] I began to [barf/blis…
1 comment
Read more
More posts