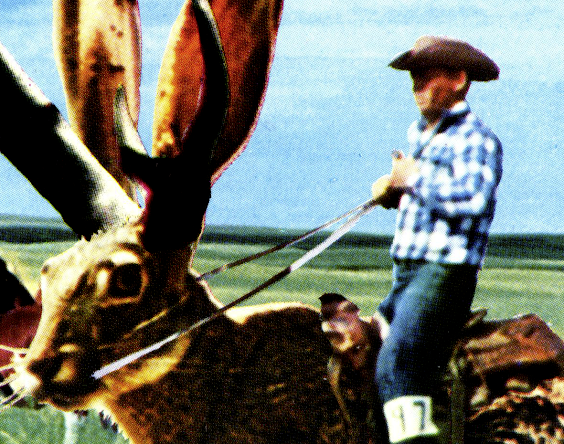 Detail of mythic Jackalope, 1974. Omnibus Postcard Collection In the summer of 1975 I was an art counselor at the venerable Cimarroncita Ranch Camp for Boys, Ute Park NM. Originally there was the girls camp, and somebody thought that Junior needed to be somewhere if Sis was.  Getting There I rode the Dog from Athens OH thru Columbus, thence southwest through Missouri, OK City, and the vastness of Texas: Amarillo, Dalhart to Raton NM. There I was picked up by the camp in a station wagon with 3 other guys, and thence west on Hwy 64 to Ute Park NM.  "Jacky Blue" was playing on the radio. All the other guys seemed way more knowledgeable about all this, and I got the distinct feeling that my previous summer in Italy didn't count here.  Time The first three weeks were my Ohio sinuses draining in the mountain air. I'd finally come back to a home point on my native geographic axis, that ran from New Mexico up thru the Rockies into Idaho/Montana. Humor me, I was born in Den
Post a Comment
Read more 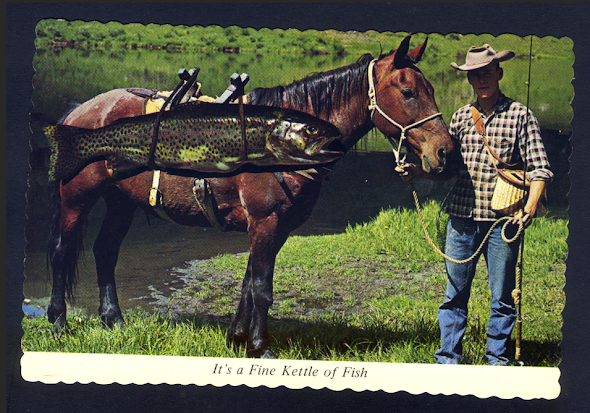 At least that's the way I remembered it. One morning, Phil needed my help making a dump run, and drop off a car. I followed him in his then-elderly Land Cruiser out to the Pitkin County dump. We tossed some shit, got a soda, and then drove back into town. He was meeting his pal Woody, a drug lawyer at a slanted-wood paneled fern bar, back when that look was brand new. We’re sitting there on low divan cushions. The waitresses were svelte, slender and cute as fuck. I was acutely aware of my obvious broke-ass status, but managed to keep my mouth shut. Woody appeared, high-fives and back slaps, the waitresses knew him. He took a seat, he and Phil traded opening lines, as one leathery cocaine cowboy after another, with turquoise rings etc sidled up to him, whispered in his ear, and discussing upcoming court dates. Woody launched into the Big Story. He’d just gotten back from Jackson MS, where he’d sprung four unlucky knuckleheads from a major drug bust. Two guys and their respective gir
Post a Comment
Location: Aspen, CO 81611, USA
Read more 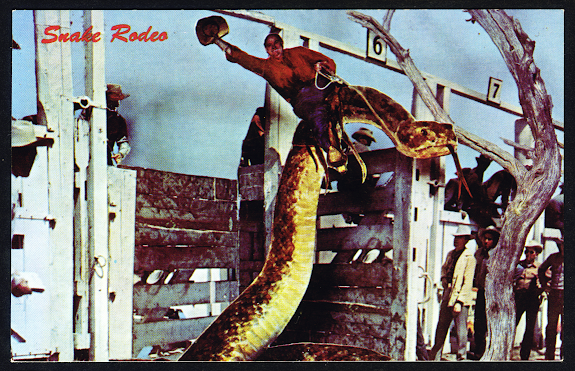 Buy the ticket, take the ride Phil & Gail's temporary rental house on the western flats part of Aspen was an 1890's gingerbread that had seen better days. It wasn't a restored painted lady like in San Francisco. It also didn't have a phone. For some reason this wasn't especially odd. A rock n roll seamstress lived across the street.The street was have been seal coated. She supposedly did work for the Eagles. This wasn’t exactly new; I knew an odd bird named Kent back in Athens who did stage wear for Alice Cooper, or so we were told. Only reason I met her was that she had a phone. So I’d go over to her house, call down to Denver, stall my grandmother, give her some money, and leave. The interior was tidy Victoriana. That style was enjoying a revival in pop culture; but I imagine that high-country junk stores were full of all that, left over from the mining booms and busts. She was in her late 30s, on the plain side, but completely sociable. On another day I met o
Post a Comment
Read more 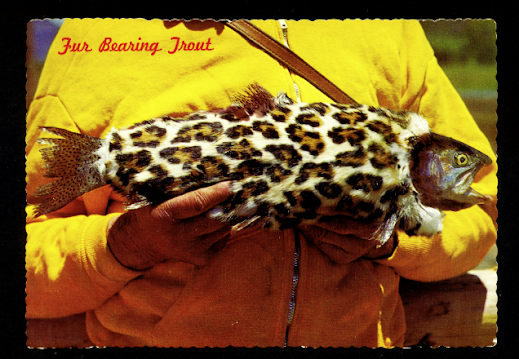 Aspen CO. Image courtesy of the Omnibus Postcard Collection Gail and Phil had a friend, a woman who was a real estate agent. Some divorced guy from Texas had a crush on her, wanted to meet her. So a dinner was arranged. Gail, Phil, The Texan, Real Estate Gal [who was seriously not interested in Tex], her sister, and yours truly. Full disclosure: the sister was seriously not interested in me either. I remember her as a tall icy brunette with a Dorothy Hamill bob. We’re at Tex’s condo somewhere on Aspen Mountain. Got there while there was still light, saw the lifts out the back day. Again, a world light years from my life. We got situated, the weed circulated. Dinner arrives, a high-dollar chunk of Texas beef with a Bearnaise, and very lush French red wine.  Then Phil and Gail bailed, claiming something. So that left me sitting next to Icy Sister, baked as fuck. I didn't have the wit to duck out.  Tex is trying to establish his Cool Guy bona fides with Real Estate Gal, easily twenty
Post a Comment
Read more 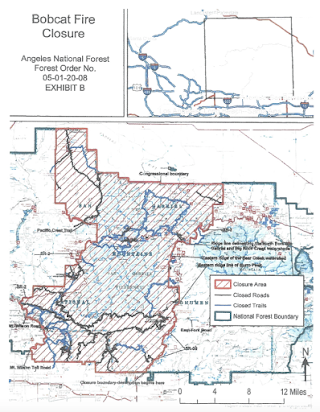 USFS Bobcat Fire Closure Map   As of October 7, 2020 at 6:00 a.m. Mandatory evacuations for the Bobcat fire burning in the Angeles National Forest have been downgraded to warnings, the U.S. Forest Service said. ... The fire has burned 115,769 acres and was 89% contained as of Tuesday, Oct. 6. [ Mercury News ] The course is charred from Chilao thru Chantry, then up and over Mt Wilson [prevented from incinerating the telescope complex] to Idle Hour, and down to Sierra Madre. In short, a shit ton of burn. Winter will bring mudslides and more downed trees on trail washouts. Those familiar with the course know that in many places the trails are 'notional', ie stapled to the side of the slope in the best of times. Now that the manzanita has burned off, be prepared to welcome The Purple Poodle Dog Bush [ Eriodictyon parryi ], which is a native recovery species. For those not familiar with it, it makes poison oak seem like a bad coffee date. T his is the likely end of the Angeles Cre
1 comment
Read more

He's still on his game. I was entered in the Sean O’Brien 50-miler, but a cold hard eye on my sad probable splits suggested I do something else that day. My likely seventeen hour ETA meant a DNF hook at the final Piuma Creek crossing, a mere 2 miles from the finish. Last month’s SOB50k had  several post-DFLs moseying in from here with no urgency, which meant penalty dollars to the race for going over their time limit from the Park Service. Yes, thats a buzz kill. For them. For you its a reminder to make your training count, and not be a dick. More on that in a bit. Why We Serve In that light I decided to volunteer to work at the 13/36mi aid station with Amy Berkin-Chavez and her crew. It beats game-shows and day-drinking. The fast and the furious came in and went out, they’re pretty much OK. Things got interesting when the early mid-packers arrive, and its a swirl to get them fueled up and gone.  Then you start seeing the late DFLs, who are probably going to get pulled
Post a Comment
Read more 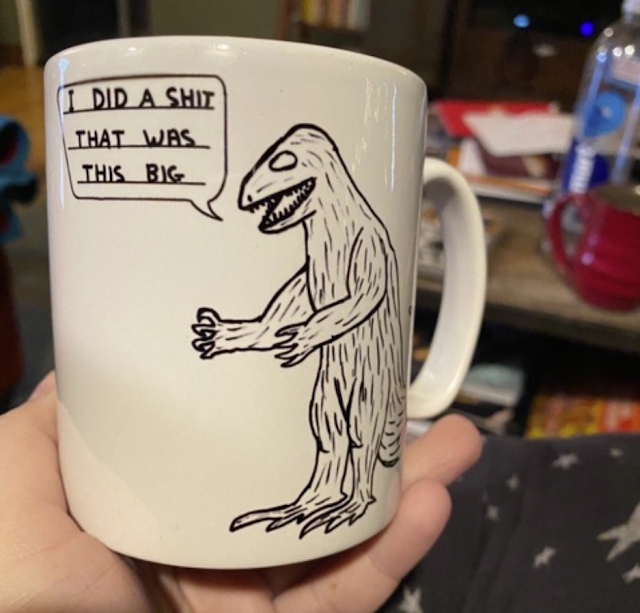 A strong visual always nails the concept. "A man alone with his thoughts lives in a crowded house" —Don Juan Castaneda,  "Conversations With Maestro Sevende Sandia" Seconds before the start I realized I’d left my hand-held back in the car, a quarter-mile away. Holy Shit! So I sprinted back, got it, and burst through the start. And everybody had gone. This was a definite first, a DFL start with Boner Mileage. It was a fitting preview bookend to my 10:00:35 DFL finish *. The start was a clear, calm and very cold 28F start, a sharp drop from the balmy 44F at home. All you Midwesterners can go fuck, it's SoCal. I was feeling totally naked, and only half-afraid. It was so cold, that even the venerable John Vanderpot wore long pants. Ultra-couture aside, staying ahead of cutoffs at this late stage was my only goal. Say goodbye to my little friend As this is a physical sport, your body makes its wishes known clearly. Gwyneth Paltrow should take note.  At
Post a Comment
Read more 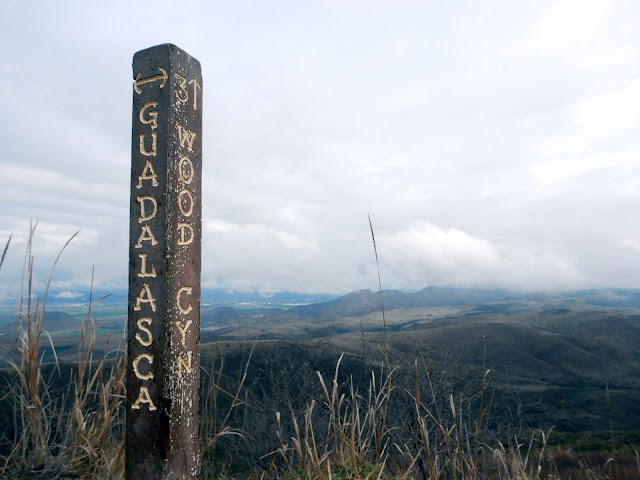 Now was a good time to take a pole. I received a lot of requests to repost this post that was part of my SKT story a few hours back . Long Story Indisputably Short I was in a 31 mile race, had drop a MEGA Deuce about 15 miles in, went to the Poop Lounge in a dry stream bed. That’s kind of near the Hurt Locker. But I didn't have to fall down an embankment. Then had to wipe my butt with a tree-branch.  Came back out to finish the race.  No POOPY PANTS FOR ME!   BUT… I GOT CHICKED.   Lots of times. Fuckin’ Betties passing my ass like I had a pulmonary enema or some shit! I DROPPED THE DEUCE, BUT NOT THE BOAT!   Kept my hand out of the aid-station food trays until I Purell’d it and made sure there was no taint. Because I had to show that my asshole wasn't the boss. Several hours later my watch lost 30 minutes while I was recharging it.  “GOD DAMN! You had ONE JOB.”   But I took responsibility for it.  Then I got chicked a few more times.  They say “It&
Post a Comment
Read more
More posts