Congrats! You Won The AC100 Lottery! 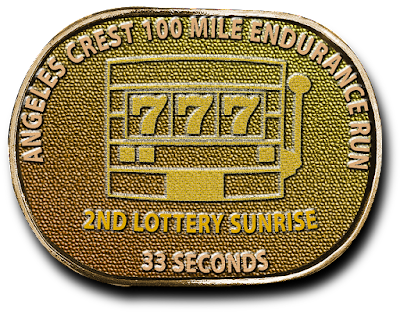 Congratulations! You've won the AC100 Lottery! Some of you haven't done more than a marathon. You'll do a Care Bear 50mi qualifier, perhaps on a downhill course, with trees and a tailwind, sunny and 72º F. You may show up for an official training run, then go home and crack a beer. You're in for a rude surprise: It won't mean shit to Angeles Crest. Because AC is everything your low-voltage qualifier is not. More on that here, and here. 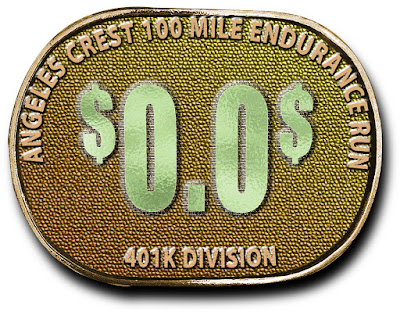 The 2018 Entrant Lottery promised and delivered. It was beta-tested in 2016, and deemed fit to run.

Nothing has changed. Following the 2014 entry-scrum, I posted the following ideas:
A good friend pointed out to me that THIS IS THE BUSINESS MODEL.

WS100 got a waiting list in 2016, but the idea hasn't survived the arduous trip over the San Gabriel Mts.

In The Meantime…
Ken told the assembled 2017 Pre-Race Multitudes that Jakob Herrmann is the Designated Successor, when Ken's ready to go. Don't get too excited here. Ken will never be ready to go. In 2014 Jean Ho was the Presumptive Anointee. Until she got canned along with Lambert Timmermans. I'd say it's a fair bet that there will be other Robert Mugabe moves to be seen.

Which begs The Big Question: What happens to the race when Ken dies? It might look like this, I suggested to a friend:

to answer your earlier Q about the fate of AC100: this year its Kenny n Jakob. After that its anyone's guess. When Kenny codes out, chances are he hasn't assigned an heir to the race. Therefore its probably a probate issue. I'd bet that his kids will try to sell the race to the highest bidder.

And that's how probate works, kids. Here's a version of the WS100 qualifier races. See if your Care-Bare 50 is on it.

Anonymous said…
10:15 min North Face San Francisco? Do you want only front of the pack runners? Sorry, I've finished a few hundreds (some on the qualifying list) and your 50 mile qualifying times are ridiculous. Everything else sounds reasonable though...
8:24 AM

Anonymous said…
Uhhh, front of the pack runners at the North Face San Francisco will be coming in around 6 hours. Not over 10 hours!! All you have to do is try a little bit to get in under 13/min mile pace.

The ultra/trail world is populated with far too many people with no desire to suffer, they just want to finish a race with the least amount of discomfort as possible so they can say they did it. Larry is spot-on with this shit. Respect the distance, respect the course, and most of all, people need to stop making decisions based on how they think it will look on social media the next day.
9:55 AM