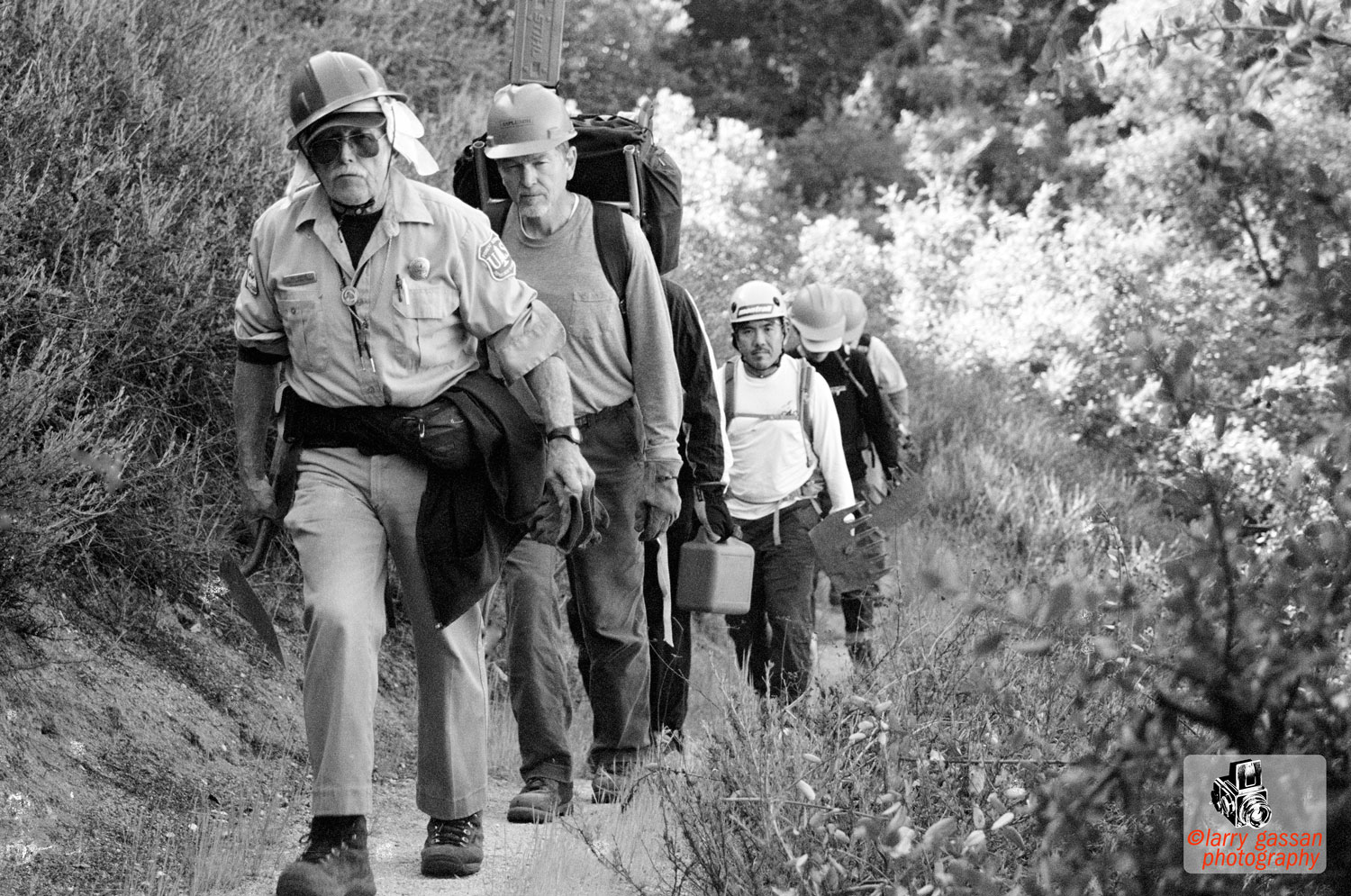 Ultrarunning lost a giant today. "Uncle" Hal Winton, co-RD of the Angeles Crest 100 since its 1986 founding, died this morning. He had just completed his 35th Avalon Benefit 50 this past January. RIP.

I first met Hal in 1990, at a 35mile fun run around Mt San Jacinto near Idylwild, CA. I was an ultra newbie and he was already a legend in Southern California ultras.

Back in those days, he was instantly recognizable with a cross "bigger than the one Christ came down from" [in the words of my ultra mentor Tom Pontac] and wore a t-shirt saying "Winton 4 Jesus". Over the years the cross got smaller, but it was a mighty diamond of no-bullshit faith. One story I heard was that his church was debating getting new carpet. He reportedly stood up and asked why they were thinking of carpet, when there were hungry people out on the street. But if they wanted carpet, then he'd find another church. The carpet idea died.

Originally from Indiana. Enlisted in the Navy, managed not to have a radio mast fall on him, discovered that sailors were profane but got through it. Went to college, and became an aerospace engineer, worked at TRW until retirement.


He'd taken the early retirement rather than falsify time sheet and billing data, which later ensnared various higher-ups in the company, and they went to prison.

In 1990 my first Angeles Crest was still a year off, and I probably bored the crap out of him asking all kinds of newbie questions. But he cheerfully answered.

Uncle Hal and trail work were synonymous. Trail work arrived in 1996, and came out of a response to the Wasatch 100's requirement, coinciding with slashed USFS funding. Yes, its political. Hal sat at countless meetings with USFS, and kept the AC100 at the table like no one else did. And I heard plenty.

For many runners it was their first intro to Mssrs Pulaski and MacLeod, and even physical labor. We all got to look at poison oak, wild manzanita, rock-hauling and dirt moving; because the USFS simply didn't have the manpower or funding to make it happen. And still doesn't.


And here's how he became Uncle Hal

We became friends beyond the customary ultra terms. I became more closely involved with him, the Angeles Crest 100, and the whole trail-work thing—which got a lot of pushback and WTF from people. He'd tell me what was going on with the Forest Service, and how they were being savaged by the GOP dickheads in Congress. One good man wasn't enough, and I was drawn in.

My affection for him deepened. I jokingly began to call him "Uncle Hal", and would leave messages for him as "Hiya Uncle Hal....this is your apostate nephew". He knew perfectly well that I wasnt a born-again, but there was a common purpose. The endearment took on a life of its own, and I'm pretty sure he enjoyed it. Not that he'd cut you slack for bullshit either.

At his 85th birthday I emceed the ambush at the AC100 Finish Line. He never knew what hit him. I had my arm around his wiry shoulder, and was thinking, "I'd better strike hard and start running, he's dangerous..."

Unknown said…
Beautiful, Larry! Thanks!
6:56 AM

Tropical John said…
Nicely done Señor G. Hal was truly one of a kind.
7:01 AM

I was always amazed at how Hal showed genuine concern for every runner at AC. He was an accomplished runner, too.

Hal was the spirit of AC. I believe he was the primary reason people kept returning to that race. Everyone who did AC knew that Hal was there for them and he wanted everyone to experience what the San Gabriels had to offer.

David Campbell said…
I don't even have words. Spent so much time in the mountains together just him and I. I learned so much from him. Rest in peace my friend you will never be forgotten. Dave
5:28 AM

Unknown said…
Cynthia- my parent's ashes are interred at Riverside National Cemetery. Will your father's ashes be interred there?

Jay Anderson said…
Thank you Larry for noting Hal's passing. He had a great deal of influence over so many of us.
1:59 PM